crow at the factory - video treats 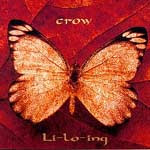 Reformed late 80s and 90s Sydney post-punk band Crow have been doing a few shows, and are even recording sparkling new material. Even though I spent a few years playing keyboards ('keyboards' still sounds wrong, don't it? But it's preferable to 'piano and organ sampler', I think) with them, this is the classic & best Crow line-up with the incredible John Fenton on drums and the muscular guitar-playing of Peter Archer providing the foil to P. Fenton's scratchier axe-sound and amazing songs.

One of their recent performances -- at the Factory: 29th August, 2008 - - was videotaped, and uploaded here. Peter F is in fine voice and me ol' mucker James D Woff keeps the whole thing anchored and the engine-room humming. [check out the 'crow bar' which is cheekily situated on the left of the stage. Manned by inner-west legend Lobster.]

Link provided via The Lost and Found Music Library. Well Worth visiting.
Posted by Michael C at 6:34 PM

thanks for the kudos, dudos!

Your blog is a great project.

I'd heard that the factory gig was hampered by poor sound, but I agree with you, that it sounds fine, although the bass is distorted in parts and Archer's guitar is mixed low. But what a treat - - especially all the close-ups of John Fenton's drumming. Thanks.