On Churning: the Mammalian State 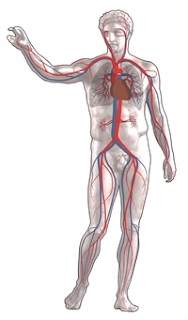 For about 10 years I was a nicotine-head. From tailor-mades to roll-your-owns. From the occasional social-cigarette at the Marble Bar, with a few schooners of draught, to being propelled out of bed with dawn dying for a fag or five.


The constant splutterings, wheezing, fears of lung cancer and disintegrating gums, increasingly restrictive smoking areas, strange sensations in my limbs, and the dang cost of it all gathered force toward quitting.

And so it was done.


Gradually.With 2 relapses since getting off the patches. 1 year now - yay!

Smoking cigarettes has a kind of punctuation function. After dinner - the close of a chapter. Opening a phone conversation with my bank - light one up, capital letter, new paragraph. After enduring a hostile customer on the phone - full stop. Flipping out to Sydney Post Post-Punk quartet Peg playing Second Skin live -grab a pre-rolled and draw: double exclamation mark!!


Problem is my body isn't a palimpsest that can be screeded clean after writing all over it with nicotine and carbon monoxide and all the other chemicals that I don't wanna know about.


So, I quit. Moving from nicotine gum to nicotine patches, then nought. Without the fags different punctuations, different rhythms emerge. In the mornings I'm no longer propelled out of bed at sparrows', but lie there and drift in and out of sleep (I'm a university PhD student - we keep odd hours!) with a single ear piece transmitting ABC Radio National talk and news - occasionally music.


This morning on its Life Matters one hour slot, the subject was the (Australian) Middle Class. Unfortunately (or maybe not) I snoozed through much of Clive Hamilton [a paper he co-wrote wihile still at the Australia Institute on the 'state' of the Australian Middle Class - here - in pdf form: 38 pages, 364kb], but was lucid through Peter Saunders from the CIS (Centre for Independent Studies) debate the evils of churning with Opinion page editor from the Sydney Morning Herald, Lisa Pryor who held up the Welfare state side of the argument, after Hamilton had left.

Saunders' main barrow is the evil of churning, and this emeritus Professor of Sociology puts his case in terms of illustrative examples, arguments from first principles and qualifications. The first principles are choice and efficiency, the qualifications are the role of government in providing much needed physical infrastructure and the illustrative example is a model of monetary circulation in which the wealth-earner's rights to choice and efficient use of their wealth are the values illustrated - back to first principles. Indeed, the CIS, which was founded in 1976, seeks to affect the discourse through which we conceive of government: its roles, our relationship to it, how it should just get off our backs . . .

Churning, in this discourse, is the unecessary circulation of wealth: a wage earner with dependent children pays income tax which is then recirculated back to the wage-earner's family through family payments and childcare subsidies, for example. Sounds simple. As this wealth circulates it passes through government collectors' hands who take their cut. In this narrative of churning the tax collectors are the beneficiaries of the circulation of a private wealth that is inefficiently and unfairly redirected to those predetermined services that eschew the sovereignty of choice.

In figurative terms churn, in this discourse, creates foam and spume; the waste byproducts of too much agitation, or circulation. Better to have less redistribution, and more direct flows. Yet if we maintain the analysis at this figurative level there is the churning that we associate with the production of butter, and cream. Here food, nourishment, relies on churning. Thirdly there is the churning which is expressed as 'churning out' - 'churning out writing' , with its connotations of prodigious quantity and poor quality.

The first and third meanings seem to apply to the Churning as wasteful, and as illiberal, discourse that Saunders seeks to advance. And yet it's the butter and cream byproducts that are being bypassed here: those dairy products that mammals are nourished by.

The problem with churning discourse is its assumption that the wealth-earner can only nourish itself, and its domain of responsibility (the family). Yet alongside the foam and sometimes too large, too ineffective bureaucracies that churning produces, there is nourishment for others outside of the self and its nuclear family. As Nicholas Gruen argues,

there’s method in the madness. Our tax system raises revenue according to
individuals’ capacity to pay. Our family payments system focuses on need and
assists people according to their household income and the number of dependents.

What’s not being shouted from the megaphones of the anti-churn bandwagon is that our family payments system has been incredibly well targeted to relieve poverty and help families.

It's the relief of poverty and the capacity to target - the mammalian, rather than nanny, state (if you like) - that makes churning a source of nourishment for those most in need. For Saunders all taxpayers are the same and all that is at stake is their minimising of tax and sovereign capacity to choose. Those most in need of nourishment are abjected from this discourse as it begins to make a liberal problem of the so-called Nanny State: a form of control which needs to be resisted in order to for the resistant to be freer. But what sort of freedom is one that figures the state as only a supplier of services that money can buy more directly? What sort of liberalism disavows the role of the state in nourishing the weak and poor?
One of the lures of smoking cigarettes is that it's such a personal and private concern: drawing the smoke into your lungs, feeling the nicotine dart around your bloodstream, spreading to your brain. Having quit, my circulation has flowed more freely - I can give more to concerns outside of the closed, nicotine feedback-loop that I had to maintain at a tight tempo. My blood was able to churn again, to move around the veins and arteries of my limbs so as to reconnect me to my body-self, and to the world in which it is a becoming. In this churning I feel more nourished, more like the mammal that is my species being.
Sure, foam and the by-products of mechanical overproduction are the sorts of churn we need to minimise. But this liberal governmentality of the discourse of churning, a governmentality in which we seek to rule, or govern, our selves rather than have to have the state take its cut and make choices for us, is one that is prepared to diasavow and abject those who need the state's nourishment. To give up on that is to give up on the mammals that we are.